Contents
Expand all Back to top Go to bottom

Getting a good use out of a RaspberyPi Model 3 as a practice SQL server. Get you SQL game up with some sample databases.

A Pi is capable of doing almost anything a regular server can; on a smaller scale.
With a footprint similar to that of a credit card, it is easily the top choice for any enthusiast.

If a Pi is setup with any linux OS, installing an SQL server on top of that is minutes work. So if you have Pi ready with linux installed, let’s go.

Install any out of date packages when prompted. Next we’re going to install the actual MySQL server by typing:

Using the –fix-missing flag when installing mysql-server takes care of any missing dependencies.
After installation is complete, the mysql_secure_installation utility runs. This utility prompts you to define the mysql root password and other security related options, including removing remote access to the root user and setting the root password.

Once you’ve confirmed your password, MySQL server should finish installing and the service should start.

After installation is done, ssh into the Pi and enter the SQL server -

For versions earlier than MySQL 5.7, enter the following command in the mysql shell, replace password with your new password:

For version MySQL 5.7 and later, enter the following command in the mysql shell, replacing password with your new password:

To make the change take effect, reload the stored user information with the following command:

Note: We’re using all-caps for SQL commands. If you type those commands in lowercase, they’ll work. By convention, the commands are written in all-caps to make them stand out from field names and other data that’s being manipulated.

The following list describes the parts of that command:

Note: All SQL queries end in a semicolon. MySQL does not process a query until you type a semicolon.

Now that SQL server is installed, we have two options here -

Try to use the following statements for some basic hands on - 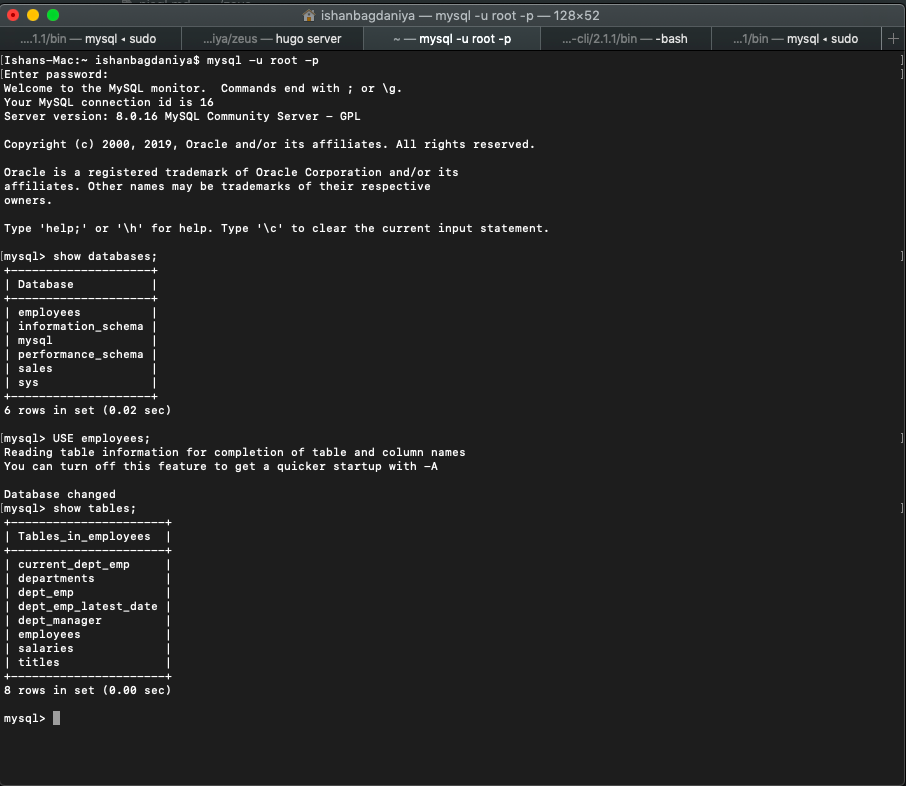 Screenshots are from a Mac, but the concept remains the same. :)